With 48 players receiving at least one vote among 12 ballots creating 2017’s Counting Down the Irish, marking the top 25 is an arbitrary cutoff, but one has to exist at some level, and that is a typical sporting convention.

Vaughn’s ranking here underscores his talent, but that is the side effect of actually having talented depth at a position. At this point, Vaughn projects as the fourth of Notre Dame’s cornerbacks, behind sophomore Julian Love, senior Nick Watkins and junior Shaun Crawford. That bevy of options may lead Love to spend more time at safety, thus increasing Vaughn’s playing time, as well.

His interception last season against Duke showed what Vaughn is capable of. A lengthy, physical cornerback who can locate the ball in the air would usually slot higher than No. 25. In this instance — perhaps the only defensive case this year — the second-unit earns this recognition, and will likely see enough playing time to merit it.

Any time a reserve lands in the top 25, it should be noted. With 22 offensive and defensive starters total, one could reasonably expect those to fill the glut of this polling. Add in a specialist (see the next entry), and suddenly there are only two spots for Notre Dame’s backups. Only a position or two will be represented by that logic.

A cynic would see Yoon’s placement as an indication of a dearth of more-noticeable contributors, but that would be an unfair assessment. Just because Yoon’s on-field input will be somewhat predictable and usually undramatic, that should not diminish the value of his role this season. It will, in fact, be vital, and knowing the nature of college football, he could very well determine a game or two.

In that regard, if this is a ranking of the most impactful contributors, one could quickly argue Yoon should be higher than No. 24. It is hard to impact more than being the determining factor between a win and a loss. 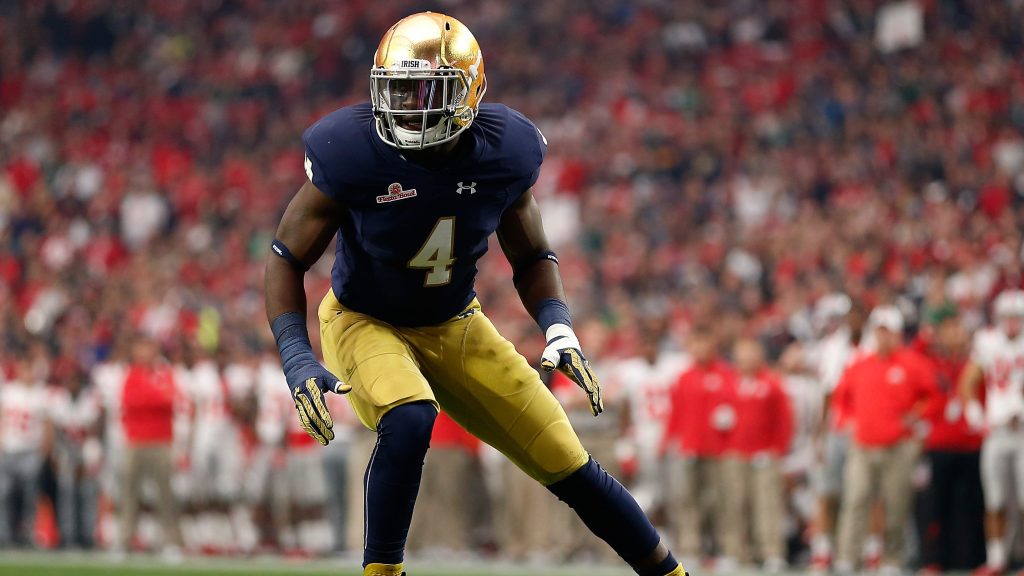 Just like Vaughn, Coney’s inclusion, though a backup, shows where Notre Dame’s strength is. Despite providing the second option to a senior captain, Coney will see enough competitive action to validate this nod.

In defensive coordinator Mike Elko’s scheme, Coney will likely be asked to focus on the running game. As another stout body — 6-foot-1, 240 pounds — Coney’s impact should come alongside, as much as in place of, seniors Nyles Morgan and Greer Martini. 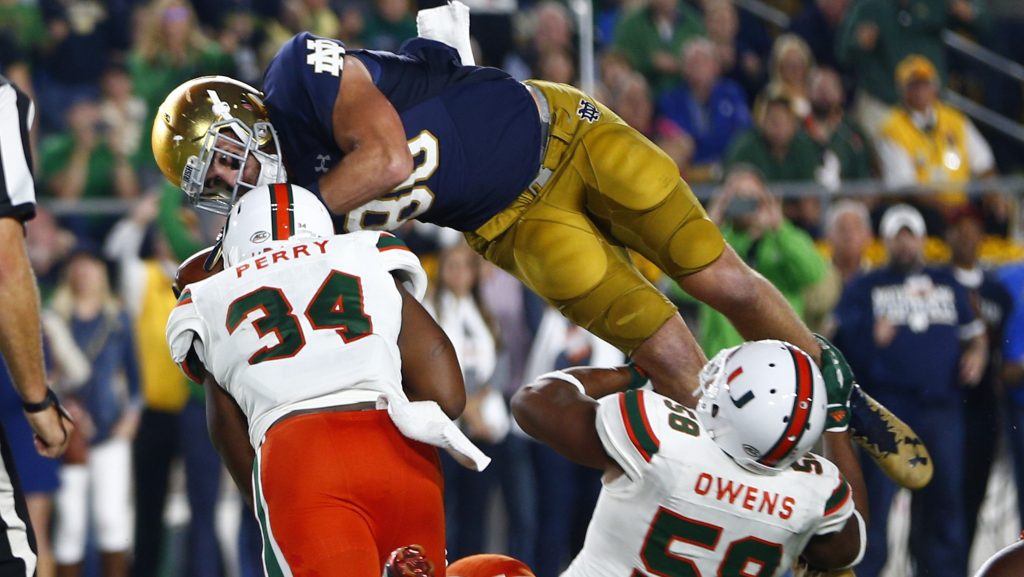 Smythe’s return as a fifth-year senior was no sure thing. If offensive coordinator Chip Long had not arrived with his emphasis on using tight ends in the passing game, Smythe may have moved on. Instead, he recognized the opportunity presented this season.

Smythe may not be Notre Dame’s most-productive tight end based on statistics, but he will likely see the most snaps. His ability to aid the running game as much as the passing attack will earn him that right.

A depth chart would place Sanders at receiver, but his greatest impact will come in the return game. If not for that, it is unlikely the panelists would have placed him in this mix.

As the kickoff and punt returner, Sanders will get about four chances each week to change a game’s dynamic all on his own. (Sanders has averaged 3.68 returns per game in the past two seasons.) If he notches another two return touchdowns this season, matching each of the last two season’s totals, Sanders will have swung two games.

Obviously, the game situations will determine just how noticeable those return touchdowns may be, but the mere threat of his scoring will keep opponents on edge. That alone qualifies as an impact.