This year marks the 150th anniversary of football. Fans will see “CFB 150” references throughout the sport the entire season. In that spirit, Notre Dame teased a “classic” uniform to be worn in its home finale against Boston College on Nov. 23. That classic traces back to the last Irish national championship, attempting to mimic the 1988 appearance.

Compared to previous throwback looks and Shamrock Series alternate uniforms, this is only a mild deviation from Notre Dame’s weekly attire. Most notably, the uniforms feature a mesh effect in the numbers, as they did back in 1988.

As is often the case with such uniforms, they will be worn with accompanying gloves. 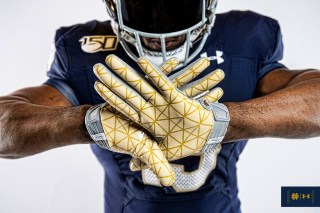 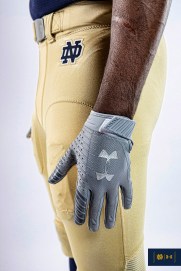 The title in 1988 is, of course, the most-recent of the 11 championships the Irish claim, best remembered for its dramatic 31-30 victory against then-No. 1 Miami and sealed by beating No. 3 West Virginia in the Fiesta Bowl.

To send off our seniors, we’re going back to ’88… and adding some modern flare. 💥